Posted by Becky at 2:34 PM
Evan is getting bigger everyday and understanding more and more. He definitely knows what we're saying but is still not talking. I know that he will but sometimes it's frustrating especially when he's whining and he can't tell me what he wants. I'm sure there will be a day that I'll wish he didn't talk but for now I just want something. Drink, up, outside...something! Ugh!
He has been bringing us books to read to him and that's just been in the last few weeks. He also brings us his toys to show him how they work or to just play with him. He loves it when we chase him around the dining room table and he enjoys Baby Einstein videos. We have been going outside in the afternoons since the weather as been so nice. Evan loves picking up rocks and will have one in each hand as he walks around the yard. I have recently found rocks in and under the couch. I think there are a few in the dining room. So, there are rocks everywhere. He's so silly.
Evan has officially discovered climbing. He has been trying to climb for awhile but recently found his way onto the couch and he loves getting into things. He is definitely our little monkey!
Here are some recent pics of our silly boy! 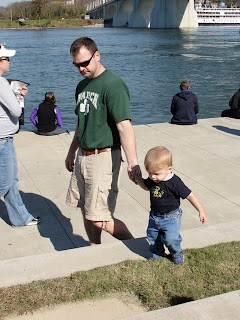 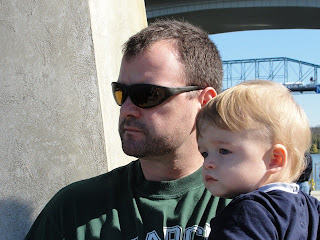 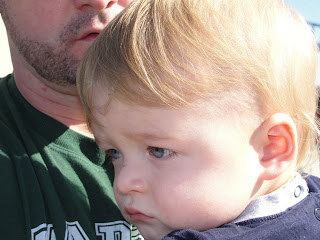 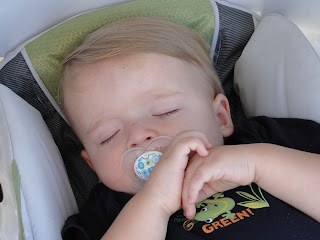 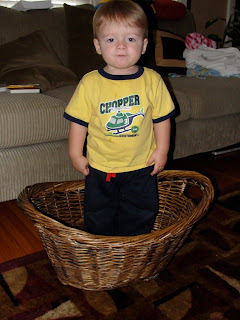 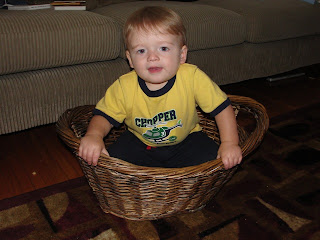