Some Recent Pictures of Evan

Posted by Becky at 1:13 PM
Evan Is finally interested in his letters, numbers and puzzles. He really enjoys watching Leap Frog's Letter Factory and making letter sounds. He's saying a few new words...hi, bye bye, boo, and yeah. He recognizes letters and makes the right sound. It's so nice to finally hear his little voice. He has discovered Ernie from Sesame Street and right now that's his favorite thing to watch. Evan is still a busy bee. He's turning into such an interesting and fun little boy (cute too).
Here some pictures I took about a week ago. I was trying to get a good one for our Christmas card. Of course I took a bunch! He doesn't really cooperate for the camera so it's hard to get one where he doesn't look silly or mad. 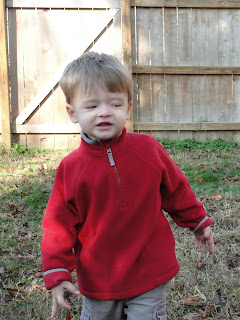 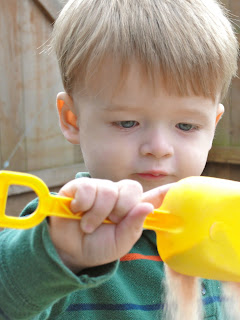 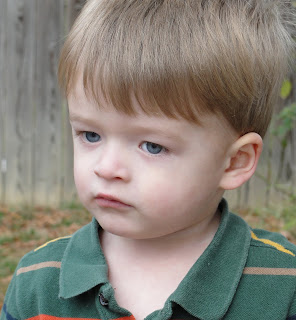 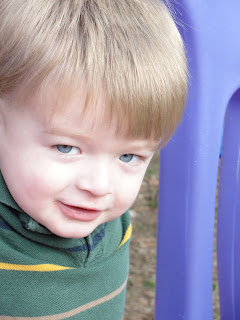 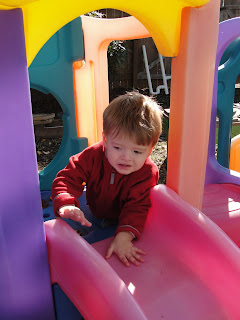 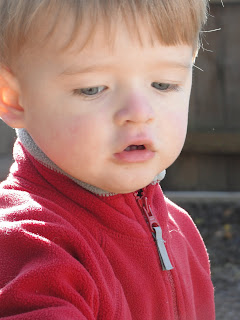