Posted by Becky at 10:10 PM 1 comments
Here are some pictures of Evan!
The other day I was getting out some Halloween decorations and I found a witch hat in there. I tried to get Evan to wear it but he kept taking it off his head. I managed to a get picture of him throwing the hat. I guess he really didn't like it.
Evan is doing well and getting bigger and he is a very good eater! He enjoys it when we chase him around the dining room table and he likes making himself dizzy by walking in circles. The stacking blocks are his favorite thing right now. He brings us the box and wants us to stack them. Once they're stacked, he knocks them down. He gets a kick out of that. He is such a nut! One day, he climbed into his toy box but then wasn't happy that he was stuck inside of it. He has finally discovered climbing and we had to move one of our small tables out of the room. He is definitely a busy little boy. He can give high fives but he will not sign with us even though we know he understands it since he responds when we sign to him. Crazy. He can be quite stubborn at times. Right now he has a little cold but that hasn't slowed him down. Plus, he's getting in more teeth. Blah. He keeps us laughing and we enjoy watching him grow. 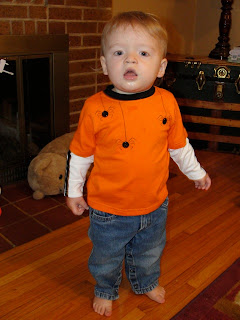 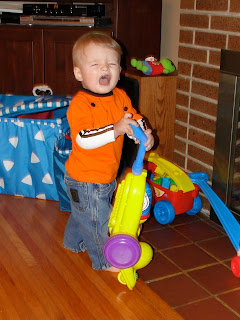 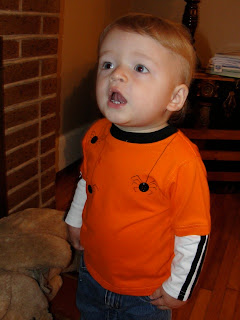 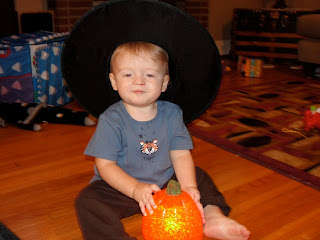 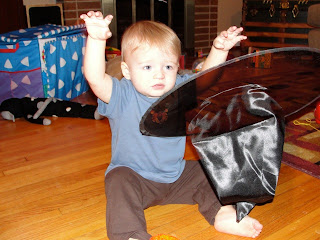 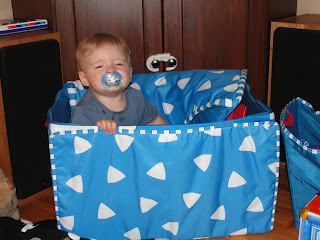 Posted by Becky at 1:27 PM 2 comments
We decided to put a tree in the front yard. It's a Red Maple. We are hoping that some day it will provide some shade on the driveway. It'll be several years before that happens! 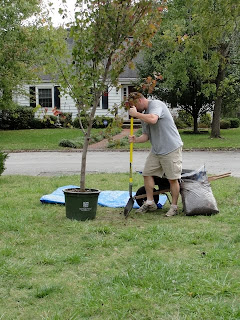 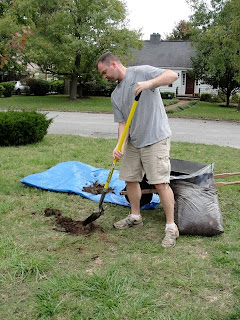 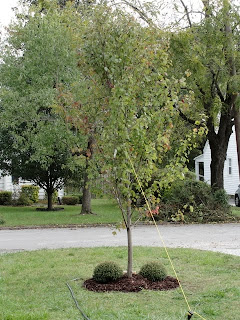 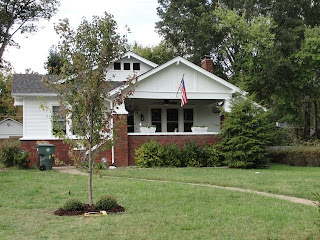 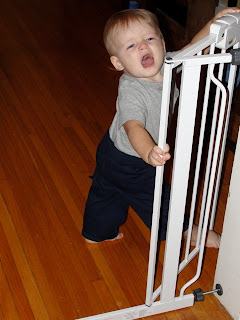 Playing in the cabinet 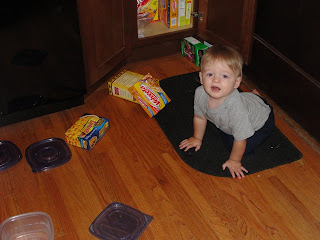 Crazy hair...caught in the rain 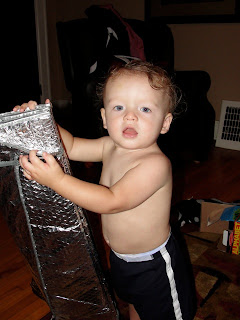 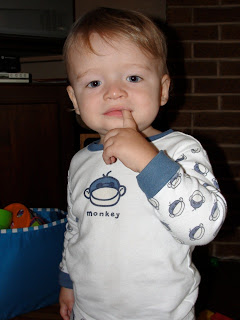